Four Tips for a Superior nbn™ Connection for Gamers 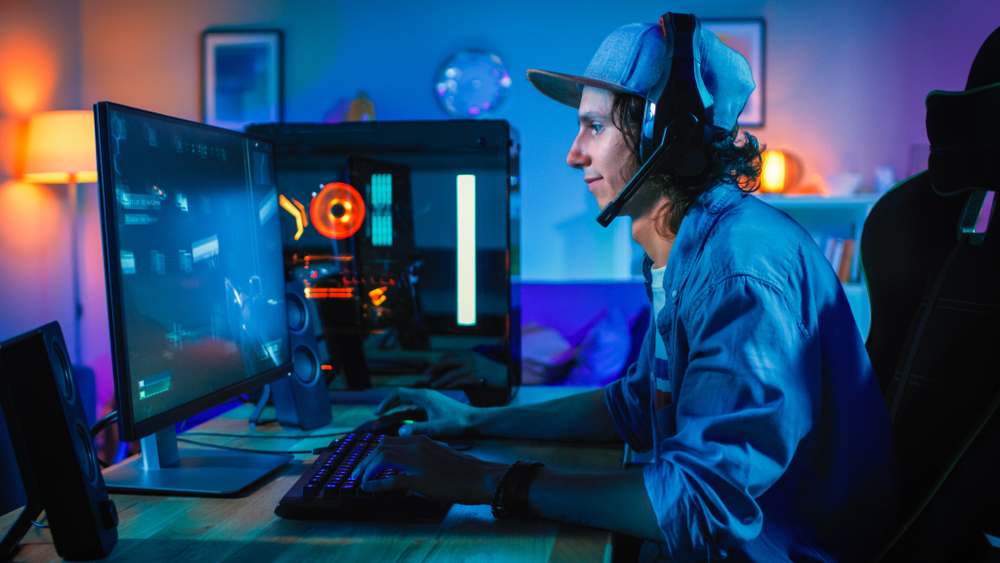 Play online is now a more more common hobby than ever before, with millions of people in Australia playing console and computer games every day. With this increase in uptake comes more demand for fast internet connections, and thankfully, the nbn™ is there to make sure no-one in Australia suffers the dreaded FOMO (fear of missing out).

With so many different nbn™ plans available though, it can be difficult to figure out which is the right option for gamers. Thankfully there are a couple of easy-to-recognise qualities that make a plan stand out as being a ‘gaming nbn™ plan’.

So, here’s something interesting about gaming; a lot of people think that you need a super-fast Internet connection to play well online. However, this isn’t actually true. You need a low latency connection (and we’ll get to that soon), but high bandwidth? Not necessarily.

Two of the most popular online games; Fortnite and Minecraft, will only chew through around 100MB – 150MB of data per hour of play, and if that sounds like a lot, then consider that Netflix requires 3GB per hour for HD video, and video conferencing requires about 1GB per hour. Gaming only requires about the same data as Spotify and other music streaming apps on high quality, and most nbn™ plans can handle that. One thing to note is that upload speeds are more significant for gamers then for the average internet user. you are, after all, also uploading data as you play, and the very low-end plans (such as 12/1 speed plans offered by some providers) won’t be sufficient for the task.

However, speed does come into the equation when it comes to downloading new games. Most gamers increasingly buy their games off download platforms rather than in-store, and some of those games can be 50GB in size, if not larger. The difference between a low-end 12/1Mbps nbn™ plan and a 100/40Mbps nbn™ plan is many hours in waiting for the game to finally download to play.

Most gamers prefer to have an unlimited data plan. Again, it’s not so much because of the amount of data online play consumes (100MB/hour isn’t all that significant), but rather an unlimited plan allows a gamer to download and play a lot of games online, while a data cap means that you’ll only be able to access a couple of games before needing to wait for the new month to roll around.

The good news is that there are many unlimited data plans in Australia these days. For example SpinTel offers an unlimited nbn™ data plan for just $65/month on Plus 50, giving the gamer the perfect balance of affordability, speed (to get all those game downloads happening), and data. There’s no compromises there.

Here’s the sticking point for gamers, and another thing that’s very likely to impact their quality of play. If you see ‘lag’ in your games, where characters are ‘teleporting’ across the screen, it’s likely that you’re not experiencing ‘slow’ internet as much as you’ve got a high ‘ping’, or latency.

It works like this. Say you press a button in an online game. It takes a fraction of time for the data of that button press to reach a server and then be distributed to the other players. The longer it takes, the longer it also takes for their games to ‘update’ with the data that has just been sent to them. On a low latency connection it’s almost impossible to notice that delay. On a higher density though, and especially for action games, that delay can wreak havoc with the precision and accuracy while playing, causing losses and frustration. Factors that influence latency do be the physical distance you are to the server (the reason behind why online games have regional servers). The amount of devices on the network between you and the server (routers and switches) and the transmission medium. For example, fibre optics transmits data faster than traditional copper wires.

A final consideration for gamers is the physical design of their homes. This doesn’t have anything to do with their Internet plan, but many people rely on wireless WiFi at home, which does have an impact on latency and raw speeds available. When getting the nbn™ installed, it’s worth considering the design of the house and whether you can locate your gaming devices close to the modem/router and connect them to the Internet via ethernet.

The most important factor for fast gameplay

Most importantly of all, however, make sure you find an ISP partner that is able to provide you with a suitable nbn™ connection for gaming. SpinTel has a long heritage in meeting the most demanding needs of gamers. For more information, click here.